Yes, I know it is rather ironic to celebrate this blog’s thirteenth birthday given that the blog has been rather abandoned lately. Frankly, it is hard for me to envision a comeback for the blog any time soon, but who know (I definitely don’t). Regardless, I think there is extra benefit to be had in looking back over the year that was and analysing what it is that happened.
So - here we go - again. For the 13th time!

I haven’t read many non technical books this past year. Certainly not half as many as I would like to. Under the assumption of general disinterest in my technical reading, I will proceed to point at the book I’d consider the most pivotal of the few select books that I have read. (Disclaimer: at the rate I am going, next year’s selection would have to be a technical book.)
21 Lessons for the 21st Century, the [currently] latest book from Yuval Noah Harari, is my winner for the year. While it does digress on many of the points already discussed in Sapiens and Homo Deus, 21 Lessons takes us further in the applicability department to discuss the challenges that apply to humanity in the near (and not that near) future. Call it an exercise in applied philosophy, if you will; the point is that here lies a book summing up much thinking, both by Harari as well as the general scientific community, to discuss the challenges ahead of humanity and recommend some approaches to tackle them with. It’s down to earth stuff, ranging from artificial intelligence to immigration policies.
The reason why 21 Lessons won me is simple: It is rare to find such evidence based, deep thinking, approach to the core political problems facing us. If only the people actually leading our societies would have been as deep as this book; instead, we are stuck with Facebook rigged elections (and I’m pointing this particular matter out because the book discusses it in depth).

It is hard for me to nominate a winner for this category this year. Not because we haven’t watched much; on the contrary, we watched tons. It is because we watched so much (too much?) that I couldn’t keep up with the reviews on this blog (lame excuse, I know).
However, while I can’t complain about the quantity delivered to our TV, I can complain - and I will complain - that too much of the stuff we get to see these days feels like it’s production line made. In this mass of content, it is hard to identify the truly unique; in a world that demands you watch the latest Marvel product, it is hard to pick the diamonds in the rough (and no, I am not a fan of Disney’s latest reanimations of its animations).
The movie that probably is the winner for this year is Green Book. It won the Academy Award and stirred controversy at that, but I will simply say that I picked it for the love of Viggo Mortensen, that ever so excellent actor who delivers an astonishing performance.


Best on TV:
The situation on “TV” has been found to be similar to that in the movies side. Perhaps because nowadays, when everything we watch is streamed anyway, it’s hard to tell the difference between TV and film anymore; if anything, I’d argue these differences are more related to business models (i.e., projecting films at cinemas vs. weekly airing vs. binging). What it comes down to, really, are relatively subtle differences in episode duration, episode frequency, and anticipation. [To clarify I will add that, despite Disney’s best efforts, most films are still a single episode affair.]
With this distinction in mind, I will now pick two winners.

The first is Ken Burns’ The Vietnam War documentary. As per the usual Burns’ standard, it is a long and thorough affair. Also per his standard, it is an eye opener: I grew up on the us vs. them, good vs. bad story of a war that “our side” was being held up from winning even though it easily could; instead, watching The Vietnam War made me realise that Apocalypse Now was probably the most accurate depiction of that war up to Burns’.

The second is the much lighter The Orville, a winking yet clever tribute to the Star Trek of yore (particularly The Next Generation) in an age where it seems as if “the real Star Trek”, in the shape of Discovery, has lost its way into that great big meh of over budgeted shows. 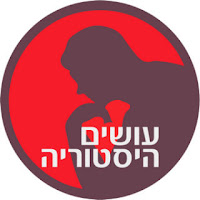 With podcasts dominating my listening time more and more (and, probably more importantly, becoming a more and more commercialised affair rather than a back operation of one or two enthusiasts), I feel like I’m swamped with quality material.
My pick for this year is not a single podcast but rather a family of podcasts. Making History was/is an Israeli podcast dealing with history and science, produced by a single enthusiastic guy, Ran Levi. With success came other podcasts, and now the Ran Levi brand includes a whole raft of podcasts, from current affairs and technology through Bible analysis (probably my favourite of the lot). Yes, most of these podcasts would be irrelevant to you if you are not a Hebrew speaker, as they speak Hebrew in general, but there are exceptions: Ran Levi’s Malicious Life podcast, presented by Ran Levi himself, is a popular English speaking podcast dealing with cybersecurity.
Perhaps the main point of this pick of the year of mine is to demonstrate that quality podcasts are there to be found in the non English speaking world. I feel this is a point worth making in a world where American “contents” tends to smear time and focus on producing “shows”, while British podcasts tend to feel more like radio programs imported to the online world. Ran Levy runs figure eights around most of those by showing the whole world where the podcast medium can take us to. 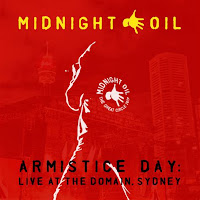 I loved me many new albums this year, particularly from the realms of alternative music and jazz and even mixes of alternative and jazz. If I have to pick one particular album of those, it would be Karen O’s (of Yeah Yeah Yeahs fame) Lux Prima.
However, my main musical event of the year has been Midnight Oil’s new live album, Armistice Day. It comes down to this excellent band, one of my top favourite bands, coming back to perform its decades old material but this time as mature, wise old men. And that wisdom shines through the performances, making the songs ever so relevant.

Trend wise, this year has been dominated by the Nintendo Switch. The PS4 has been mostly relegated to dust gathering and monthly downloads of the lastest PS+ offerings. My iPad, probably my favourite gaming platform by virtue of being there and being strong and capable, was relegated due to the death of the App Store through the cataclysm officially known as freemium games.
The Switch was a contrast to those two. While I still suffered from chronic leisure time shortages, this lowly console (and lowly it is, at least in my opinion) came up with a secret weapon: genuinely good games!
Who could have imagined that.
Of those, there was one game that absolutely dominated my video gaming world for months, pretty much from the time I got it till the time I finished it. I know I’m severely late to the show, but that game was The Legend of Zelda: Breath of the Wild.
Why is this game so good? It’s not like we didn’t have good Zelda games before BotW, so what’s the big deal? I’ll tell you what the big deal is: the ability to save the game wherever you are. Doesn’t sound like much, but for this time deprived person it meant I could pick the game up whenever I had a few minutes here and there and put it down whenever freedom ended. Contrast that with levels that required some two hours or so between challenges to save on previous Zelda games - who’s got two straight spare hours these days? What person knows they’re going to have two free hours in advance? Certainly not me.
Of course, being able to save the game would have meant nothing if the game wasn’t good. Luckily, it is, and even better - it offers a huge realm to explore, all filled with nice puzzles. So much so the nightly Zelda show, featuring yours truly in the role of Link, became the nightly family gathering place. Few games manage to attract such demanding crowds.
There were things I didn’t like - for example, I think the game would have been way better if violence was removed (maybe leave the comical aspects?). I also think the game severely lacks in the story department, especially given its length.
Talking length, according to the Switch I had spent almost 200 hours playing BotW. It’s pretty much guaranteed this is the most time I had ever spend on a game in modern times (which exclude Atari 2600 like periods where I only had one game to play and what now feels like all the time in the world to play it).
Recently, Nintendo announced a new Zelda game that looks a lot like a sequel. As much as I liked BotW, I do not consider that to be good news. BotW was a very good game, yes, but it is time to move forward rather than delve on past success. Yet, as Midnight Oil put it, who can stand in the way when there’s a dollar to be made…


See you next year, if not earlier.
Posted by Moshe Reuveni at 7/29/2019 02:33:00 pm No comments:
Email ThisBlogThis!Share to TwitterShare to FacebookShare to Pinterest
Labels: R-Wards
Newer Posts Older Posts Home
Subscribe to: Posts (Atom)