It’s this blog’s 12th birthday, which means it is time for me to point a finger at the things I loved the most this past year. It is also time to analyse the trends of the last year, which I will do below.
Before diving into details, I will add the core difference in my life this past year has been having even less spare time to enjoy what the world has to offer than earlier years. And I suspect things will only grow worse until some inevitable implosion.
But enough complaining. Let’s review what happened this past year.

There were several movies that reached inside and pressed an inner button this year, but my winner is Three Billboards Outside of Ebbing, Missouri. There are several reasons for that, which I don’t see the need to repeat here; but the key allegory around the soul of USA society (and by extension, that of most of the Western world, to one extent or another) coupled with the optimistic way in which the movie ends despite the traumas at its core worked their magic on me. That, and the fact here was a movie with multiple round characters, each portrayed so well. A worthy winner!

In the 11 years I have been awarding books on this blog before, only twice did a work of fiction win the award. This year things are different, and we will get to the why further down the queue.
For now, let’s enjoy the book that did it to me this year, The Gulf by Anna Spargo-Ryan. On one hand it is hard to see why this rather tragic story had so much appeal to this generally non fiction oriented person and, if anything else, a science fiction oriented geek. But on the other lies a very well written story, written by an author who is practically a neighbour and with whom I have the occasional online chat. Ignoring for a minute that annoying inclination that probably too many of Spargo-Ryan’s narratives are autobiographical, I think she has a way of cutting through the facades of Australian living. It has been pointed out to me that too many of Australia’s best writers are producing rather depressing pieces, but I choose to look on the bright side: The Gulf is high quality throughout. 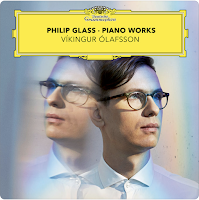 Perhaps it’s a sign of ageing, but if there is a trend I could pick up on with my music listening this year then it is to do with changes to my musical tastes. Having come from rock, and over the years migrated into what is normally referred to as “alternative” (I generally think that what used to be called rock is now called alternative so as to leave room for the fodder that passes as pop music nowadays), my listening is dominated by the jazz and the classical. One good reason for this has to do with the bulk of my listening taking place while I do other things (e.g., read, work), and it just happens that these genres do a better job in the background.
Another change comes in the way I identify new music to listen to. I think Apple Music is doing a pretty good job pinning the essence of my musical tastes and offering me suitable music (with the caveat of non existent recommendations in the field of classical music). The surprise source for quality music, however, happens to come from an audiophile magazine I used to devour back in the nineties, Sterophile. I no longer make significant attempts in the field of audiophilia (there’s not much point to it, given music is relegated to background duties), but I will acknowledge Stereophile’s music reviews have a knack at exposing me to new worlds that also happen to be well recorded (always a bonus). Definitely worth the single digit dollar price of a yearly subscription.
All that long introduction was to explain why pianist Vikingur Olafsson’s Philip Glass: Piano Works was my favourite album this past year. To put it simply, it has the ability to take me on a rollercoaster of emotions. Given how often Philip Glass is interpreted these days, it also shows the importance of interpretation. Regardless, I would like to point out Olafsson’s music proved an excellent background While I was reading The Gulf.

A lot more has happened for me in music this year, though.
Yes, my taste in music has changed, but no, not all of it is different. The music I always loved the best, the Led Zeppelin and the Pink Floyd, are still very much there. And while neither of these two produce new music anymore, there are still worthy artists who know their craft our there and produce the good stuff.
My pick for this year comes from an Israeli artist who sings in Hebrew and is thus doomed for relative anonymity. That doesn’t matter to me; I like her riffs and the drone like manner with which she protests against the superficiality of modern living in an aptly named album, Advert Music.
The artist is Hila Ruach, and over the years I grew to love everything she has been producing. The title song of her album, (guess what, it’s called Advert Music) represents, to my ears, her peak thus far: 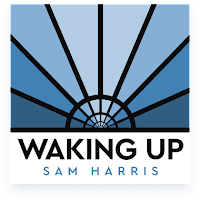 I thought of adding a “best podcast” category to last year’s Top Crab awards but eventually decided to wait another year. As it turns out, it didn’t matter - this year’s winner was my candidate last year, too. That, however, misses the point: and the point is that podcasts have revolutionised my life since they entered my scene in force more than 2 years ago.
For a start, podcasts have killed my non fiction reading. Why bother spending two digit hours on a book discussing one idea when I could spend the same amount of time listening to a double digit amount of ideas receiving ample dissection? To put it mildly, I have learnt a lot from podcasts this past year, much more than I could have done from reading alone.
Yes, I have some entertaining podcasts that I listen to (The Guardian’s football podcast did a good job on me during the World Cup), but my main agenda with podcast is learning and opening my eyes (ears? mind?) to new stuff.
With that in mind, the best mind opener around, by far, has been Sam Harris’ Waking Up podcast. Sam and I go a long way, back from our mutual adventures in atheism, but that’s not the point; the point is that he brings worthy, smart, people to his podcast every week and discusses their core ideas in depth and at length with them. One can agree or disagree (and I often disagree; Harris, in particular, belongs to the American left side of politics, the part that the rest of the world regards as centre at best). Yet disagreement is fine; I don’t want to listen to a people telling me what I already know and agree with, I need to be challenged. And Sam Harris does the challenging by raising well established arguments as opposed to, say, shooting the messenger. The result? A weekly dose of high quality education.

I assume that by now we all know there are tons of good quality TV stuff around. Point being, it’s getting hard to pick a winner, but picking I will.
My winner for this year is the latest season of Black Mirror. Perhaps it’s the Netflix funding that did it, but the later seasons seem to have sharpened their focus on depicting the dystopias we are all at the brink of (if we fail to pay attention). I guess that takes a particular brand of genius to achieve. 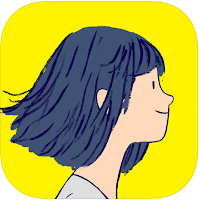 To clarify, there is no room in my life for long games these days. Games that need more 20 hours of my time can pretty much disappear off the face of the earth and I wouldn’t care less.
With that disclaimer disclaimed, let’s have a look at what this year had to offer in the various relevant platforms.
On the Nintendo 3DS, I thoroughly enjoyed playing Pokemon Ultra Moon. I know, you don’t have to tell me, this is a game that sucks time from its player. However, it is also a game that one can play any time one feels like and for as long as one feels like, while offering an incredibly relaxing experience with some tactics not short on depth. While discussing the 3DS, I will add that I also fell in love with Detective Pikachu, which isn’t your classic Pokemon game but rather a game that takes place in the Pokemon world and, for the first time as far as I can tell, given fans of the Pokemon series a personal feel for what that world feels like on the inside.
On the Nintendo Switch I thoroughly enjoyed Super Mario Odyssey. On paper, such games (can I call it a platformer?) are not my cup of coffee, definitely when considering they do not offer any agendas beyond pure entertainment. However, even I could not avoid observing just how well designed this game is; the result is the best pure entertainment I had enjoyed this past year.
My winner for the year, however, comes from left field and is played on mobile. In fact, I took my time with it and I finished it all in less than 45 minutes, which I am sure will bring the wrath of all the gamerz annoyed at the poor value per hour ratio this game has to offer. I couldn’t care less about that; I applaud the Melbourne based folk who made the effort to deliver me with a game that even I, with what little spare time I have these days, can thoroughly enjoy from start to finish.
This game, my game, is called Florence and I urge you to give it a try, for Florence is further proof on how storytelling can go much further then we've grown used to through the use of modern technology.
Posted by Moshe Reuveni at 7/29/2018 09:00:00 am No comments:
Email ThisBlogThis!Share to TwitterShare to FacebookShare to Pinterest
Labels: R-Wards

Review published over at Digitally Downloaded.
Personally, I'd recommend getting the iOS version (as opposed to the Nintendo Switch version I reviewed this on), unless party play is a factor.
Posted by Moshe Reuveni at 2/05/2018 08:57:00 pm No comments:
Email ThisBlogThis!Share to TwitterShare to FacebookShare to Pinterest
Labels: Video Game
Newer Posts Older Posts Home
Subscribe to: Posts (Atom)