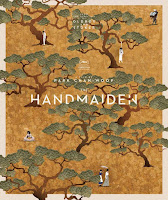 We’ve seen stories about double crossings, quadruple crossings and what not many times before. The Handmaiden stands out in crowd because its tale is heavily erotic, seeming to pit the woman against the men. And it is also a Korean production!
Affairs involve a Korean handmaiden looking after her Japanese master, but actually acting as an insider whose aim is to ensure the elaborate plot to rob her lady master works. Love, however, has a way of derailing even the most detailed of plans.
For a movie about double crossings, I felt like I was being double crossed myself by The Handmaiden. First because the story is told in three parts, each exposing us to more and more of the truth. However, unlike other movie playing this same trick, there does not seem to be a reason for each part to expose us to its certain truths other than pure manipulation; it is not like we are only seeing what a specific character saw, limited by their own perspective. Thus the film quite manipulative.
And second, while there is nothing wrong with erotic movies, The Handmaiden does tend to feel too gray shady trash like to me. Your mileage may vary, but I felt a bit conned.
Overall: Probably worth watching due to its historical context. Also, how often did you watch a Korean movie? 3 out of 5 crabs.
Posted by Moshe Reuveni at 4/14/2017 07:27:00 pm
Email ThisBlogThis!Share to TwitterShare to FacebookShare to Pinterest
Labels: Film