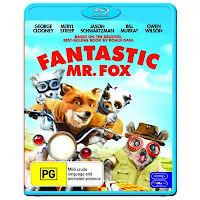 Lowdown: The extended adaptation of Roald Dahl’s book.
Review:
There was a distinct period during my pre-teen years when Roald Dahl’s Fantastic Mr. Fox was my favorite book. I distinctly recall borrowing it again and again from the library and gobbling it within a matter of minutes. Not only because of its short children book’s length, but also because it was funny, exciting and quite original.
Fast forward to 2009 when director Wes Anderson releases his take on that glorious story, and two issues immediately pop to my head. First, Anderson seem to specialize in turning potentially promising subject matters into films I deem mediocre (refer to The Darjeeling Limited and The Royal Tenenbaums). Second, given the book is very short and a movie needs to have at least 80 minutes to count as a feature film some padding had to be added; can I rest assured that padding won’t scratch the mental image of the book that was once at the top of my charts?
George Clooney voices Mr Fox, a human like fox with a craving for stealing food. Even if that craving goes against the wishes of his wife (Meryl Streep). His son, Ash (Jason Schwartzman), is looking up to his father as a role model yet seems unable to repeat his father’s past and current achievements. Against this background, our Fox decides to steal from three nearby human corrupt industrialists. At first things go well; then it turns out things went too well as the victims fight back and the family needs to sort its issues out. To those familiar with the book I will add that the book’s plot is not only extended through the addition of family and other background affairs; the book’s story represents roughly the first half of the film, which then marches onwards with a brand new plot.
I know the process of converting a book to the big screen takes its toll (although some times, as with Blade Runner, it can greatly enhance the original). However, I think the case of Fantastic Mr Fox abuses the book way too much; I did not like the additions, nor did I think they offered positive contributions to the book’s spirit. Wes Anderson was on a mission to convey a new message to us with this film but I didn’t get the point; I got a film I didn’t enjoy watching instead. If you’re an Anderson fan than you probably will like Fantastic Mr. Fox given it repeats motifs from the director’s previous works; for me, what didn’t work before didn’t work yet again. The same goes for my four year old, for whom this potential hit was probably his most forgettable film experience thus far.
This is all a bit of a pity given the fantastic stop motion animation at hand (one has to watch the Blu-ray’s supplementals to appreciate the achievement) and the multitude of A list voice talents on the film’s payroll (in addition to the previously mentioned we have Bill Murray, Willem Dafoe and Owen Wilson – to name a few). It’s a pity these weren’t enough to sort out the damaged story.
Worst scene: Following the successful escapades of Fox & Co at robbing the industrialists, the human villains flood our heroes with cider. This marks the point where the book ends and Fantastic Mr. Fox deteriorates further down its own slippery slope.
Overall: The stop motion animation manages to earn this fox 2 out of 5 stars.
Posted by Moshe Reuveni at 6/07/2012 10:45:00 pm
Email ThisBlogThis!Share to TwitterShare to FacebookShare to Pinterest
Labels: Film