This blog is closing off its third year, and once again it is time to look back, summarize the year that was, and pick the best it had to offer me.
Trend wise, this year will be marked as the year in which the presentation qualities of watching films at home have surpassed what the vast majority of cinemas can offer, especially in the sound department. The year has been the year of and high definition video: whereas last year’s summary concluded that it’s best to wait before jumping on the Blu-ray wagon, Blu-ray was jumped upon during the middle of the year and I haven’t looked back since (other than when lamenting the lack of good music utilizing the best that Blu-ray can offer). Through a high definition PVR and through upscaling DVDs and downloads, which result in inferior yet similar picture to straight high definition, our picture had never looked better. Gone for good are analog sources like the VCR; by now they are intolerable.
As for future trends, I suspect more of the same. For now, internet downloads and off the air TV cannot compete with Blu-ray due to the severe levels of compression they have to endure. Yes, even high definition downloads dubbed as Blu-ray equivalent are a far cry. Yet with Blu-rays available for rent at $2 a pop or less, I see no problems with the way things are.

Best film:
This had been the first year in memorable life where I have never been to the cinema. To compensate for this absence we got to watch lots of mediocre films just to feel we’re up to date with life; yet in between the banal some surprises emerged.
Most surprising of all was Walk Hard, a comedy that made me laugh very hard. It wasn’t only that the jokes were good; the musical soundtrack is genuinely good on its own.
My best film of the year, though, has been Speed Racer. The way Speed Racer did animation material in real life (with the aid of animation meant to look as real life) was just magnificent; coupled with the fantasy like car racing action, Speed Racer was genuine high quality fun, an oasis of originality amid sequels and sequels of sequels.

Best book:
Two books I have read this last year deserve this title.
The first is Richard Dawkins’ The Blind Watchmaker. Dawkins' detailed account of the way evolution by natural selection works and its implications is not only well written, it is also quite illuminating. Then again, I expect nothing less from Dawkins. It is also a very important book for our times, times in which religious circles in Australia are complaining that upcoming legislation will prevent them from teaching Intelligent Design; The Blind Watchmaker is the book they should give their kids instead of their regular brainwashing.
I’m sure Dawkins won’t mind me giving the best book title to another book, a book he admitted he should have written himself: Carl Sagan’s The Demon Haunted World: Science as a Candle in the Dark. Demon Haunted World is not "just" another book of popular science, but rather a book dealing with the importance of science itself and the scientific method in particular. In a day and age where humanity is facing one of its biggest challenges ever in the shape of global warming such a reminder is timely: it takes but a short look at the way Australia's attitude to the challenge is shaped by religious prejudice and the power of those that make a killing out of the current way of life to see how much the scientific method is missing from our day to day lives. 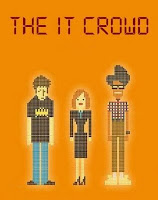 Best on TV:
It took us a few episodes to get into the thick of things, but three seasons onwards The IT Crowd has established itself as one of our favorite comedies ever. Its jokes about popular culture (e.g., the Friendface social website), corporate politics, and the geeks vs. the cool are top notch comedy; and I can definitely sympathize with the way its IT people are being treated by "normal" folk.
For the record, my favorite episode comes from season 2 and features our heroes going to the theater. One of them gets into trouble and pretends to be disabled just to be able to go to the toilet, the other gets into trouble and ends up a barman. You have to see it to get it, though.
The only sad thing about The IT Crowd is that being a British TV series, they only make six episodes a season. I really do hope we have many more seasons to come. 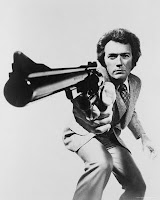 Lifetime Achievement R-Ward:
I liked him as an actor, from his Westerns through Dirty Harry and Firefox. But since he turned director Clint Eastwood seemed to be maturing better than quality wine.
Check out his five most recent releases: Between Million Dollar Baby, Flags of Our Fathers, Letters from Iwo Jima, Changeling and Gran Torino only one is not worthy of a five star rating.
He is, by far, my favorite filmmaker. Allow me to be greedy and wish him for more, many more.
Posted by Moshe Reuveni at 7/29/2009 10:14:00 pm
Email ThisBlogThis!Share to TwitterShare to FacebookShare to Pinterest
Labels: R-Wards