I am not a number! 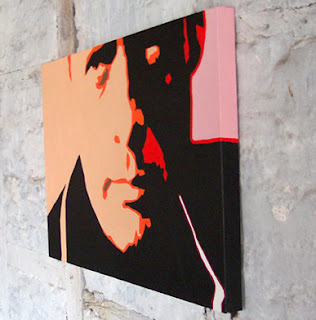 With more than 100 reviews now added to this blog, perhaps it's time for me to address a question posed to me at its very beginning: What is the scale according to which I rate the films and the books I'm reviewing?
Well, the grand design was to stick to convention and use the 0 to 5 stars system most of the reviewers providing quantified evaluations use. That didn't really require any specific explanations, so that's what I did.
However, my cunning plan was to deviate from the above plan from time to time by giving certain films/books a score that goes up to 6 stars instead. That was my way of telling the world that a particular creation has more to it than just being a good film or a book: it can have a profound effect, become a classic everyone quotes, have a significant impact on culture, and more. I kept quiet about this cunning plan simply because I wanted to shock the world the first time I was to give a book or a film the 6 star score.
To clarify what it is that I'm talking about, I thought I'd list the films and the books that, if you were to ask me today, I would rate with more than 5 stars. These would be (in some sort of a chronological order):
Things are a bit simpler in the book department:
I would make two conclusions based on the above lists. The first is that personal importance is a factor but not as major a factor as one can expect given that "Broca's Brain", the Carl Sagan book which probably had the most significant effect any book or film has had on me, is out of the list. The second is that given the number of items and their distribution over the years, the probability of me encountering new candidates for the "above 5 star club" in a given year is relatively low.
Yet during the lifetime of this blog I have already encountered such a book - Richard Dawkins' "The God Delusion", which I think deserves its 6 stars because of its profound analysis of an issue that affects all of us all of the time and because of the impact it may have. The thing that troubles me, though, and the reason why I am bothering with this post at this particular point in time, is that it seems like I have stumbled upon yet another 6 star book; and worse, it was written by the same Richard Dawkins again.
And the question is: Am I letting my standards down or did I really encounter something great here?
Posted by Moshe Reuveni at 2/15/2007 09:13:00 am
Email ThisBlogThis!Share to TwitterShare to FacebookShare to Pinterest
Labels: R-Wards