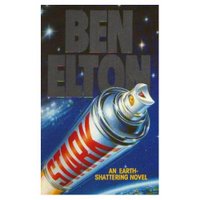 Lowdown: The earth's sustainability story covered with a thrilling story.
Review:
This is the second Ben Elton book that I get to read (the first being Popcorn), and just like its predecessor it faces me with a problem: on one hand here is a book discussing a very important issue that is also quite a pleasure to read, while on the other hand - I don't really like the way it's written in.
The plot is relatively simple: The world's most successful business men, having had a major hand in killing the earth as a habitat for living creatures (mankind included), devise an evil plan to rip the maximum benefits from the earth's dying moments. The only opposition the world offers to face them is a bunch of unlikely heroes; will they manage to stop the most influential people on the planet?
Most of the story takes place in Australia, which is nice, if only because it's interesting to see what another "outsider" thinks of the place and how similar his opinion is to my own. It's also interesting to see how Elton manages to squeeze in characters that bear more than a slight resemblance to famous business people - the ex-Australian Rupert Murdoch would be the best example.
However, looking at the book at the plot level does it a great disservice. Written in the late eighties, when "global warming" was a phrase that might be used to describe going to the beach to get a tan but that's it, the book's obvious main aim is to expose its readers to the various ongoing calamities that are slowly (or maybe not so slowly) killing our planet. From describing the dumping of shit into the oceans to describing how US acid rain is generated and how it kills maple trees up in Canada, the book contains tons of subplots and diversions discussing various sustainability issues. Which is probably good, because the plot itself is nothing special. If anything, it reminded me of the old James Bond films; Moonraker to be precise. However, even with all these subplots, don't ask me how Ben Elton managed to fill 500 pages with this story: the book is way too long for its own good.
The book exposes Ben Elton's talents as a writer, but also shows his deficiencies. On one hand you get his flowing descriptions and the jokes that are so full of insight which remind you immediately of his witty stand up shows; on the other hand, the language and the style used in the book are what I would describe as "simple contemporary common tongue": it's full of phrases you don't really expect to find in a book but more in crap rap music. I guess what I'm trying to say is that the language is far from being overly rich and the overall level is quite low. While I'm no big fan of Shakespeare, I still expect more richness in a book than what I get listening to a couple of teens on the train.
One of the reasons for this problem could be that Ben Elton is a British writer writing in a very British style and a very British language, while I'm definitely American oriented in my upbringing (i.e., the films I'm used to watch and most of the books I read). I could notice that some of the problems I have with Elton's style are common to the problems I have with Nick Hornby's books. However, I still find it hard to believe that this is a case of British-phobia; I would rather think it's a case of Elton stooping too low to the masses, which makes sense if you consider that the book's primary aim was to expose the public twenty years ago to topics that are only starting to find themselves up on people's agendas now.
Overall: 3 stars.
Posted by Moshe Reuveni at 9/05/2006 10:36:00 pm
Email ThisBlogThis!Share to TwitterShare to FacebookShare to Pinterest
Labels: Book

The only Elton book I’ve read was Gridlock, and I really disliked it. Usually you just forget bad books, but Gridlock stays with me. Maybe you should try it, it’d be interesting to have another point of view.

I have Gridlock (bought it together with Stark), so in a few years' time I might even get to read it. Don't hold your breath, though...