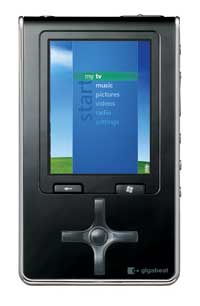 Summary:
Advantages: Simple interface, FM reception, large storage capacity, good price for features ratio.
Disadvantages: Lackluster radio reception, inability to act as a simple hard drive, ridiculous battery life span.
Most MP3 player reviews seem to be on an eternal watch for the arrival of the dreaded iPod killer, an animal that seems just as likely to exist as the abdonimal snowman. Is the S60 an iPod killer? Maybe. If you look at it by its features, the answer is "probably", despite its very poorly performing battery.
However, there's more to purchase decisions than functionality. The vast majority of the iPod purchasing public buys it for a certain perceived image, and therefore I suspect that purchasing decision will come down to one thing:
To belong or not to belong? That is the question.
Posted by Moshe Reuveni at 8/29/2006 10:01:00 pm
Email ThisBlogThis!Share to TwitterShare to FacebookShare to Pinterest
Labels: Gadget

Between later problems I have experienced with the Windows Media Player software (refer to http://reuvenim.blogspot.com/2006/09/service-packed.html ) and the player's weak battery (refer to http://reuvenim.blogspot.com/2006/09/sos-gadgets_27.html ), I would recommend stirring away from this player, and probably also from the Microsoft Zune which will be based on this player.