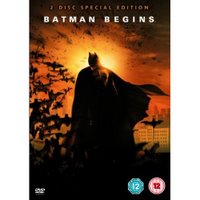 Lowdown: Nothing is more frightening than your own fears.
Review:
We watched Fatman in the cinemas, and the fact we watched it again when the DVD rental got to the cheap weekly rate can tell you something such as: we liked it a lot. However, I did take my time posting my review here for quite a benign reason: I could not find anything special to say about it.
Good comics based films are hard to come by. I try to watch most of them, not because I like comics in particular, but rather in the hope of getting to see one of them done well. I find most of them to be below par (e.g., the Supermans); if you ask me, the only truly good ones are the latest Spidemans. Which is why I have a problem with this one: I like it, but I cannot say it is a true original because most of the things I like about it were already covered by the Spidermans. I'm mostly referring to the torment faced by the hero upon using his powers and the torment he faces when handling society around him.
The film takes us back to Batman's beginnings, showing him as a traumatized youth looking for answers and deteriorating until saved by a mysterious mentor. After your standard issue mentoring montage, the would be Batman goes back to where he belongs in society and establishes himself as a superhero by becoming what he fears the most (bats). And yes, he gets an opportunity to save the day, and I think I can safely tell you without ruining anyone's expectations that he manages to win the day.
Given the lack of uniqueness anywhere in the plot, the question then becomes what makes the film as good as it does? I think the answer starts with the director (Christopher Nolan, who did Memento and Insomnia), who is not your average production line director. It continues with a great cast: Christian Bale, Michael Caine, Liam Neeson, Gary Oldman, Rutger Hauer, Tom Wilkinson, and Morgan Freeman to name a few - all of which (maybe with Oldman is an exception) playing exactly the type of roles you'd associate them with.
And together with a story that really develops its characters and moves along reliably, the result is a very good superhero film! For one thing, it helped reminding me how as a child (and probably when I was more than a child) I used to dream of being a superhero of one sort or another, but in most of those dreams I ended up abusing my powers and things often went wrong. At least according to what I remember...
Best scene: Batman, trying to establish his true self as a careless playboy in order to avoid being recognized as a superhero, bathes in the fountains of a hotel lobby with his bimbo girlfriends and ends up buying the hotel. I liked it just because all of us probably thought of doing something extremely stupid but could not afford its price; in the film, Batman could.
Picture quality: In general, exemplary. However, there are a few scenes in the beginning where the darkness of the scene and the lack of bits to cover it make Liam Neeson look like a joke.
Sound quality: What you'd expect from a well funded American action film (i.e., very good), although it could have been better.
Overall: It's always nice to see an action film done right, especially if it's a superhero one. 4 stars.
Posted by Moshe Reuveni at 8/19/2006 06:19:00 pm
Email ThisBlogThis!Share to TwitterShare to FacebookShare to Pinterest
Labels: Film